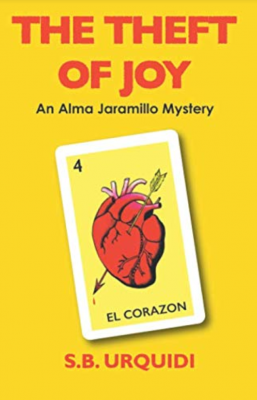 When Hilda Blackman, a world-famous Mexican-American archeologist, is found dead on a rainy Sunday night, even Ávila’s chief of police is squeamish about discussing the murder. Alma Jaramillo, a journalist working for El Diario de Ávila, soon learns that Hilda’s death appears to have been a ritual sacrifice, her killer has copied the ancient Aztec practice in gruesome detail.
The Theft of Joy is not only an intriguing thriller but also offers the reader a window into Mexico’s history, customs and culture including the Independence Day celebrations with their unique traditions and cuisine.