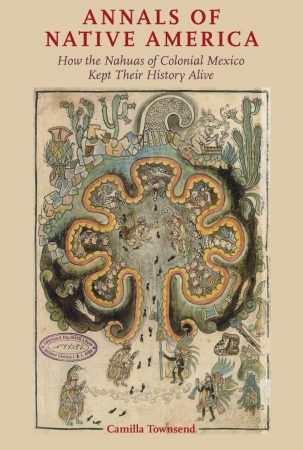 After the Spanish conquest, the Nahuas of colonial Mexico learned the Roman alphabet and used it to transcribe oral performances of traditional histories of their peoples. These texts were called xiuhpohaulli in Nahuatl and are usually referred to as “annals” now. They were produced by indigenous people and for indigenous people, without regard to European interests, and they therefore provide the closest view of pre-Columbian historiography we are ever likely to find. Over the course of the colonial era, the annals changed with the times, but for over one hundred years their flexibility allowed for incorporating the new without obliterating the old. Usually these texts have been assumed to be anonymous, but Camilla Townsend has deduced authorship in the case of most of the key texts, and in so doing, has been able to place them securely in their proper contexts, thus rendering them more legible to modern readers. Each chapter begins with a selection from a key text, then considers who wrote it and why, before finally embarking on an exploration of its meanings.